There are many missions and discoveries that have truly reshaped the way we think about the planets, stars, solar system and beyond. However, the Cassini-Huygens mission is arguably one of the most important missions for humankind. A moon that truly opened our eyes is Titan. It’s Saturn’s largest moon and the only moon in our solar system to have a dense atmosphere. 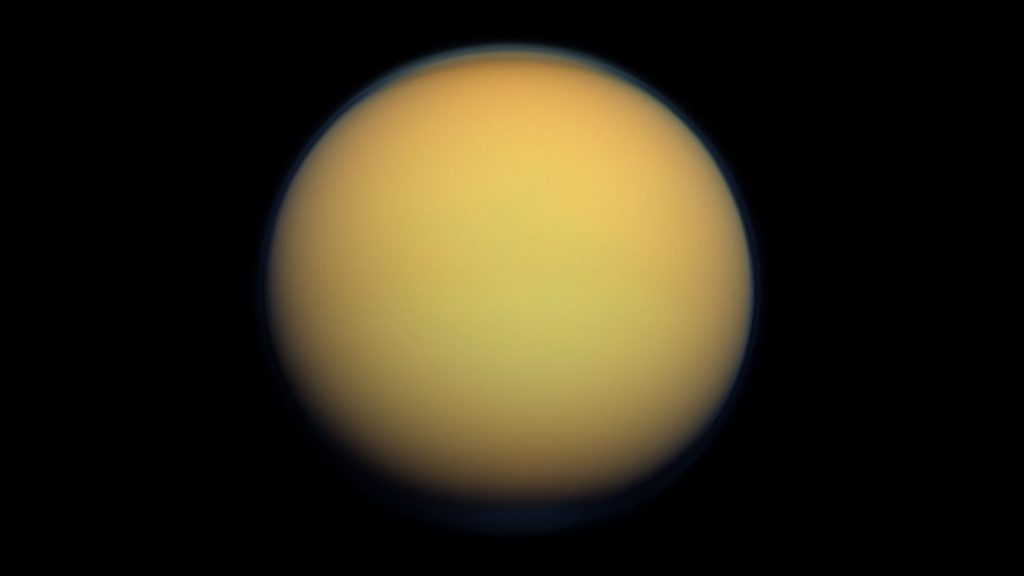 Many people are familiar with our missions to the Moon or Mars but not everyone is familiar with the mission to Titan. We’ll take a look at the story of getting to Titan and its challenges as well as what we were expecting vs. what was found when we took a closer look at Titan.

Finding a Way to Get to Titan Together

Getting to Titan wasn’t going to be easy and NASA and the European Space Agency (ESA) were already thinking about how to accomplish this in 1982. Remember, Saturn is about 10 AU or 1.44 billion KM from the Sun. The spacecraft will need to travel fast to get there in a decent time and will need to ensure that all the instruments onboard will survive the harshness of space.

Fast forward to 1997 and the mission entitled Cassini-Huygens launched for Saturn.

What We Understood About Titan Before We Got There

2005 rolls around and Cassini-Huygens has already been in Saturn’s orbit for about a year. We’ve studied and taken measurements of Titan and have some idea of what to expect. Here’s what we were thinking going in: 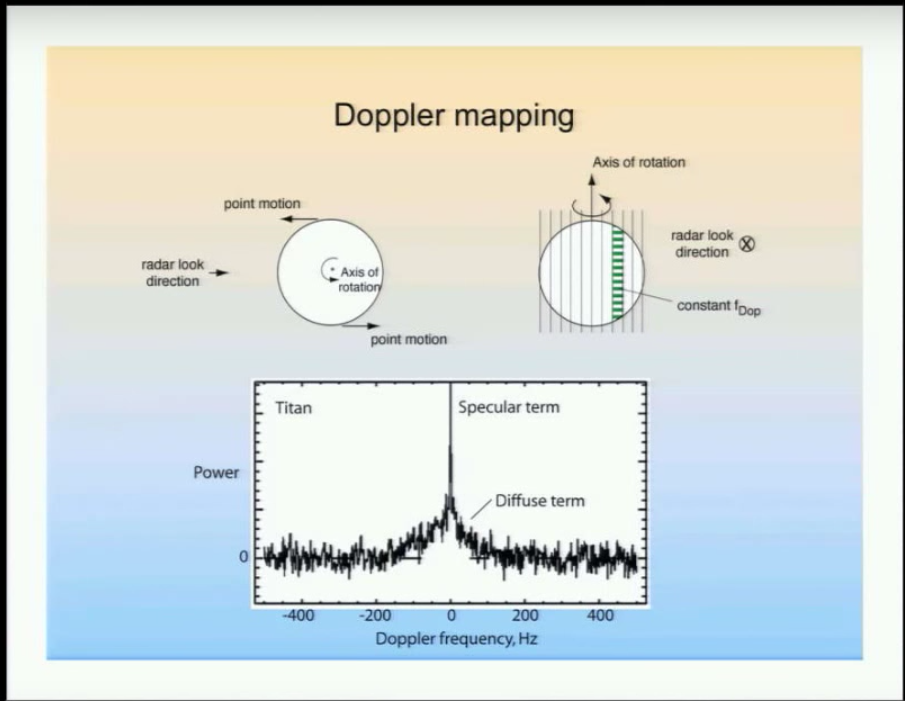 What they found is these rigid areas as you see above. This indicated that there were probably oceans. What was interesting is that even these spikes are very tame compared to looking at an ocean on Earth. So they believed that they might see a calm ocean.

How Titan Surprised Everyone

Cassini deploys the Huygens probe on Titan January 14th, 2005. Here’s our most up to date animation of how it went down. Remember that before landing we all expected that Titan would be full of oceans and most likely be floating in something when we got there. They expected that the probe would do all of its science on the decent and not even survive the landing. However…

Our First Surprise on Titan is…

First surprise is Titan appeared to be dry! But that wasn’t quite the case either. Huygens analysis indicated the sand beneath them was moistened. 1 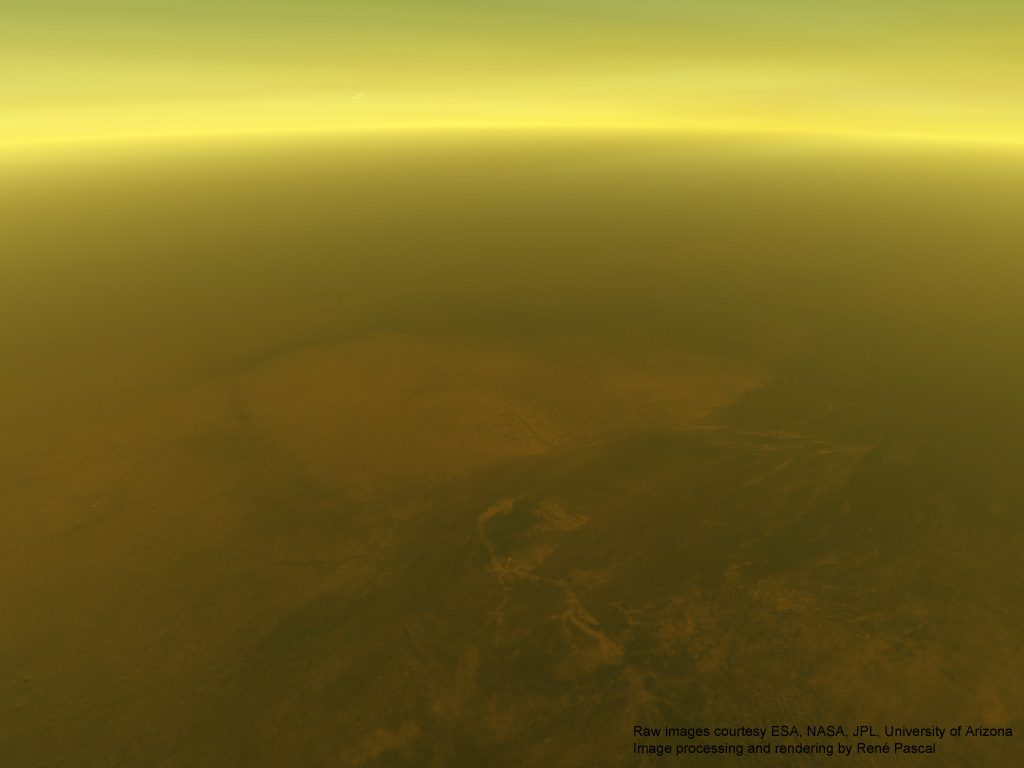 The other interesting part was the atmosphere. Scientists knew that there would be lots of jet streams and cold frigid temperatures (we are 10 times further away from the Sun than Earth is!) but alas Titan proved us wrong.

As the probe made its descent it measured strong variations of -10° C to -20° C which is unusually warm. There are many phenomena contributing to the variation in temperatures such as strong tidal waves or the gravity from Saturn that causes tidal heating. Even then it is still puzzling as it’s 500 KM above the surface.

We mentioned before about how we would expect some wind activity but didn’t realize how insanely fast the winds are. As the probe descended we took measurements of the winds and they were clocking in at a whopping 430 km/h at a height of 120 KM. This caused the probe to drag to the east.

But why stop there? Titan still had more to throw at you and surprise you even further. As Huygens hung on for dear life and descended further the wind speeds changed. It changed to 108 km/h at a height of 55 KM. Then dropped further to 36 km/h hitting the 30 KM mark. Finally hitting the 20 km/h mark then the winds dropped to 0 and reversed direction at 7 km above the surface.3 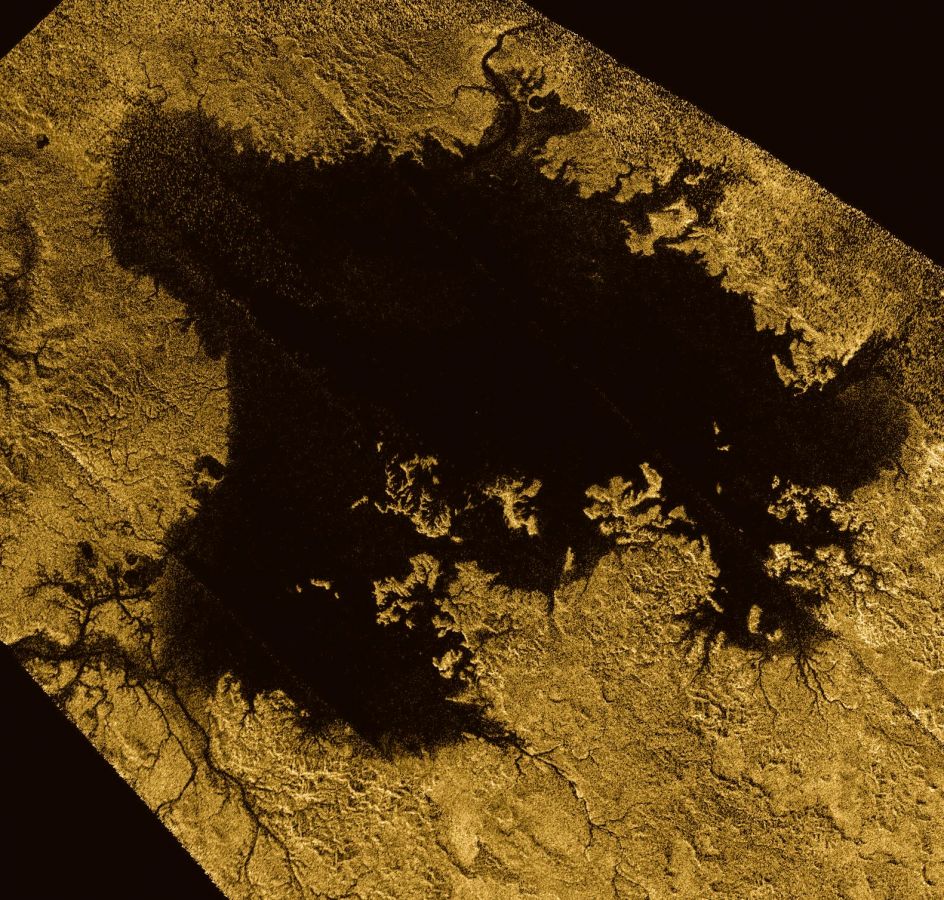 Before we peered beneath Titan’s hazy atmosphere scientists uncovered traces of methane and ethane within Titan’s nitrogen rich atmosphere. At the great distance from the Sun methane and ethane would be in a liquid form due to the frigid temperatures. However, this was not the case when the Huygen probe landed.

The Cassini spacecraft mapped all of Titan’s 1.6 million square kilometers surface and found that almost 2% of the total surface was covered in liquid. It wasn’t until 2014 that Cassini’s radar instrument showed that the second largest sea on Titan called Ligeia Mare is methane-rich.4

The confirmation of lakes is fantastic as it’s the first direct detection of a lake or liquid somewhere else besides Earth. Nevertheless, it still puzzled scientists on how Ligeia Mare replenished its methane lake. A french Cassini radar team associate Alice Le Gall said, “Either Ligeia Mare is replenished by fresh methane rainfall, or something is removing ethane from it. It is possible that the ethane ends up in the undersea crust, or that it somehow flows into the adjacent sea, Kraken Mare, but that will require further investigation.”4

In 2013 the Cassini team conducted an experiment that would bounce radio signals off Ligeia that would help them understand this lake better. This resulted in the first ever detection of the bottom of an extraterrestrial sea. The scientists found that the bottom of sea went as far as 160 meters (525 feet).

They also found that the seabed of Ligeia Mare was likely covered by a sludge layer of organic-rich compounds. 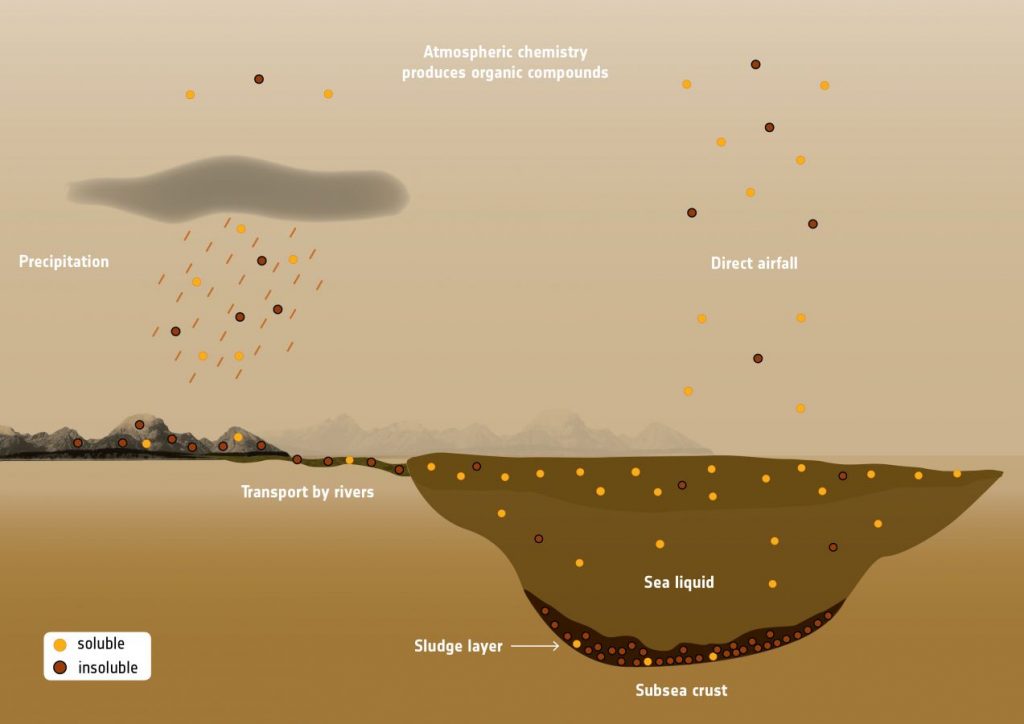 Drawing Titan to a Close

Since Cassini’s arrival to Saturn in 2004 and deploying the Huygens probe on Titan we have learned incredible knowledge about this moon. It is the farthest humans have ever landed a probe as well as shown us how similar to Earth it is. One of the main questions for astronomy and science is understanding if there is life out there and if we are alone.

Titan has shown us that life may not only exist on planets but on moons too. This multiplies our chances of answering those questions by tenfold.

Finally, we’ll end on what Titan taught the scientists who were working on the Cassini mission itself:

“Cassini and Huygens have shown us that Titan is an amazing world with a landscape that mimics Earth in many ways. During its descent, the Huygens probe captured views that demonstrated an entirely new dimension to that comparison and highlights that there is so much more we have yet to discover. For me, Huygens has emphasized why it is so important that we continue to explore Titan.” — Alex Hayes, a Cassini scientist at Cornell University, Ithaca, New York 5